A Hotel with Tradition and History

The “Güldene Gans” (Golden Goose) Guesthouse was acknowledged for the first time.

Elector John Frederick the Magnanimous was held prisoner in The “Güldene Gans” by Emperor Karl V. after the battle near Mühlberg.

The Saxon post office was integrated into the same building as the guesthouse. The owners also worked as post masters.

According to an old drawing, the building featured two gable lucarnes, which were later recreated using the architecture of the gable façades of the neighbouring Renaissance town hall.

The traditional guesthouse business was temporarily put on hold and bar and restaurant services were scaled-down. Albert Schmidt, the owner at the time, rebuilt the main building. In the process of removing the Renaissance gable lucarnes and building new window openings, minor structural changes were incurred.

Catering services were entirely put on hold. Christian Schubert, the owner of the property at the time, founded an ironmongery- this was in existence for just under 20 years.

The restaurant was bought by Heinrich Rexrodt (Ratskeller landlord in Neustadt on Orla) and he rebuilt and developed it into a hotel.

The neighbouring building was adapted and redesigned.

A butchers was opened (in the new part of the building)

Opening of the “Ankerschenke“ (Anchor Pub), an additional restaurant area.

After extensive renovation and restoration work, the guesthouse tradition was continued with higher standards. 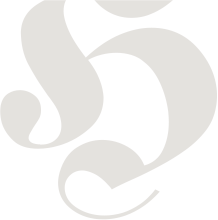